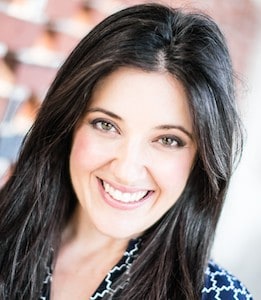 Born and raised in Miami, Attorney Petkovich attended the University of Miami where she earned a bachelor’s degree in Business Administration. She received her Juris Doctorate degree from the St. Thomas University School of Law, also in Miami. She is now a married mother of two with a private law practice in Miami-Dade. Having spent her life in South Florida, she is familiar with the legal landscape and knows how courts operate statewide.

Attorney Petkovich began her career as a prosecutor in the DUI Division at the Miami-Dade State Attorney’s office. Her extensive trial experience as a prosecutor includes more than 40 jury trials, during which she gained intimate knowledge of the inner workings of the criminal justice system. In her final year as a prosecutor, she served as a Special Prosecutor in the office’s Economic Crime’s Unit Insurance Fraud Division. Since starting her own private practice in 2010, she has remained active and aggressive in courtroom trials. In 2012, she won an acquittal for a home health care physician accused of Medicare fraud over the course of a six-week trial. In emphasizing her client’s skills and efforts as a physician to provide personalized, compassionate, and adequate care through home visits for frail and homebound patients, she persuaded the jury that her client should be found not guilty.  In 2016, she secured a hung jury twice in the same murder case involving complex issues of self-defense and property rights.  Attorney Petkovich does not give up. She continues to fight zealously on behalf of clients charged or indicted in both federal and state court. Since 2012, she’s been working divorce, custody, and paternity cases collaboratively, with empathy, and with an eye toward achieving the best possible outcome without the overburdening of financial resources and the unnecessary drama that often comes with family law litigation. While her family clients are not accused of a crime, she understands the stakes are likewise high. In 2014, after years on both sides practicing criminal law and seeing the frequent injustices of marijuana offenses while, in the process, learning the science and data behind cannabis as medicine, Attorney Petkovich joined Florida's movement to legalize medical marijuana. She became the legal instructor for the Cannabis Career Institute's (CCI) Florida seminars, giving lectures across the state analyzing the legislature's reactionary approach to developing a regulatory structure and how to develop successful businesses within such a structure. As a founding partner of CCI Español, she helped create the first cannabis industry seminar strictly for Spanish speakers. She’s represented Medical Marijuana Treatment Center applicants and license-holders, entrepreneurs, start-up companies, hemp farmers and dispensaries, and physicians certified to treat with medical marijuana.

Outside the courtroom, Attorney Petkovich is active in the Florida legal community and in the community at large. She is a member of several legal associations and appears weekly as a political and legal analyst on local Spanish Media television. She serves on the Board of the City of Doral Committee on the Status of Women tasked with advising the City’s Council on all matters related to the needs and issues of women in her community. She also holds a seat on the board of Cannamoms, a 501(c)(3) non-profit organization founded by mothers seeking cannabis-related medical alternatives for their sick and terminally ill children. She is committed to promoting integrity within the cannabis industry and raising awareness of the social responsibility that comes with access to cannabis as medicine.

Professional Memberships & Service
Ivette Gonzalez Petkovich is a member of several organizations including:

Contact Us
Areas of Practice
Testimonials
★★★★★
My experience with attorney Ivette Petkovich has been excellent. She has been extremely helpful with my cases, resourceful & reliable. I would strongly recommend her for anyone who is looking for an attorney. She will always make the time and effort for a client no matter how difficult the circumstances are. B.T.
★★★★★
I endorse this lawyer. Ivette and I have been co-counsels on several matters over the years. She has a unique approach to problem solving and is always available to bounce ideas off of. Ivette is a true advocate for her clients. Sasha B.
★★★★★
Ivette was always available and did a great job. I would use her services again if needed and I will recommend her to anyone who needs an attorney. Anonymous
View More
Submit a Law Firm Client Review